Galaxy Note 10.1, the tablet or the phone? Was first seen around Barcelona, Spain during the Mobile World Congress in 2012. Pictures of Galaxy Note 10.1 were displayed across the city on billboards. There had been no official announcement until then, but later in August it was officially announced and released in August, 2012.

Samsung, the company which started in 1938 by Lee Byung-Chill in South Korea, is now famous for releasing sleekest gadgets. With the pace Samsung is releasing its gadgets, it appears they really want to dominate the gadgetry space. It’s not just the mobile phones segment where the Korean company wants to rule, but they are trying to come at market from multiple dimensions, such as Television industry, where Samsung is already huge, Laptops, Cameras and heavy industries are some of their play arena. 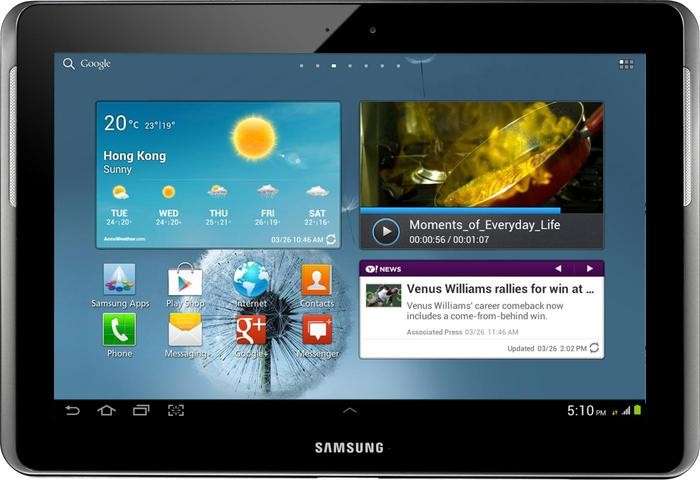 In the following paragraphs, we shall come at design, features and performance of this beautiful looking Galaxy Note 10.1 N800 and make a wise conclusion about whether you should spend money on this gadget and where it stands in today’s marketplace.

Even though Samsung has been into regular fist fight with Apple regarding infringing each other’s designs, specially the court case about Samsung Galaxy 3 design had been in news for long time. Regardless of all the claims by other brands, we must admit that Samsung has a long history of producing designs, which are attractive to eyes and easy to use. Design element in Samsung’s gadgets is probably one of the key reasons for extensive amount of sales. 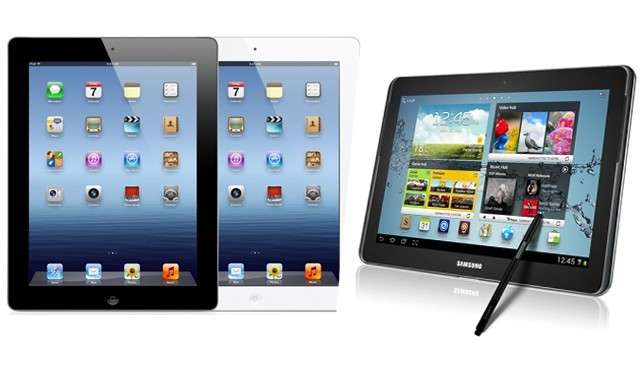 Samsung’s Galaxy Note 10.1 comes in dimensions of 262 x 180 x 8.9 mm thickness and only weighs at 600 grams, which makes it 62 grams lighter than Apple’s iPad 3and almost .5 inches thinner, which is a big kick to iPad 3. For the display type, Note 10.1, which has touch sensitive controls has a display of 16 million colours, with Pls and Tft capacitive touch screen. The display resolution comes in 800 x 1280 pixels with a display size of 10.1 inches, which is marginally bigger than iPad 3, but Apple’s tablet beats Galaxy Note at screen resolution by a long margin.

When it comes down to software and hardware specifications, the list gets impressive. It is amazing to see how mobile phone and computer industries have evolved in such a short period of time. Just couple of years ago, it was hard to believe we would be having smartphones and tablet pc’s with specifications as high as in high end computers. Following is detailed list of features.

A lot of customers put a lot of weight on capacity and quality of cameras in the potential gadget they intend to buy, all major vendors realise this desire of consumers and try to produce phones with better cameras to get a competitive edge over other brands.

Camera in both iPad 3 and Galaxy note are pretty much same, as both gadgets are preloaded with 5 mega pixel cameras with 2592 x 1944 resolutions, both have led flash, geo tagging facility and are autofocus. Galaxy note has the ability to make videos at [email protected] and also got a shiny 1.9 mega pixels secondary camera.

Samsung has released a neat video which details all important aspects of Galaxy note 10.1. Have a look into it as it shall greatly help you to come to a decision of buying.

Apparently we don’t see a reason why one should not go ahead with this tablet. We have gone through each and every element of this gadget and could only spot couple of drawbacks or cons, such as the display resolution, which while acceptable is not very impressive. But on brighter side it supports 3g, 4G, and 2G networks, while iPad 3 is not supporting 4G technology.

Now for the price, if you have deep pockets, this is the gadget for you. You can impose a seal of ownership on this gadget, by shelling out $748 USD. This tablet was initially released in Asian countries, such as Pakistan, but in recent news, it has finally arrives in USA as well.

If you have any queries regarding Samsung Galaxy Note 10.1, feel free to drop by your input in comments and he will promptly respond to your situation.

Great article with this article I can easily compare Ipad with Samsung galaxy 10.1 the features I have read they are really very great lets see when can I get that and I will come back to comment after using it.

Of-course, if you watch the video you can see how powerful it is.

i have purchased this tab this week only and it is a great..but can you tell me how to download videos from YouTube on it..???please

wow! this note pad is great. in fact it makes it difficult to know the difference between and ipad and a note pad. if you could just highlight the difference i think it would be helpful to me.

Umm you have to search for it, or may be Raza will guide you.

Which note pad you are talking about Mohd Akhtar?

Which tablet did you purchase? whichever it is, you just need the internet connection and a browser. I have not personally downloaded any material from youtube, so i cannot comment much on which app would work the best. I would recommend if you could search it on google with string “download youtube videos on tablet” you might get something out of it.

Good display and features too, btw from where it can be bought from Pakistan?

I think it is better than ipad, or maybe they are equally better but too expensive……

Very good article! and a rocking gadget. Samsung are doing a great work

Once again a nice article Ahmad, what is it’s price in india?

Nice gadget! It’s features are commendable. Hope that its battery timing is good.

Nice article. Can i use idm on it?

Oh the quad-core and 2GB of RAM rock for gaming.. Surely!

nice review,﻿ I like the way you explain it.

Price of what mate? which gadget you are talking about? :S

Yea it can run massive games!

not sure, but you can try. Do let us know how it goes!

I believe its not yet released in Pakistan. However, if you have relatives in foreign countries, you can get it imported!

Oh the quad-core and 2GB of RAM rock for gaming.. Surely!

I really like to have this Galaxy Note 10.1. Before, I don’t feel like buying a tablet but with these immense features especially the S Pen and Pop and play, this changed my mind. I was amazed on the hands-on video. It is really powerful. It is better than the Galaxy handsets announced in IFA.

You can download youtube videos through tubemate, it is not available on google play, google it you will find it

He talking about Galaxy Note 10.1.
ipad 3 vs Galaxy note 10.1
Build Quality
Ipad 3 has aluminium Note has plastic body
shell which is plus But looks solid

simple easy to use very rich and beautiful interface
but boring, not customizable thanks to touchwiz, floating apps
make it even better.
functionality
No real multitasking, however very rich multitasking, can work
switching between apps is quick. with more than two apps at a
more than 270,000 apps available time, thanks to the floating app
customised for ipad s, samsung’s brilliant stylus add
much more to its functionality.
lack of apps optimized for Note.

I would definitely prefer Note 10.1 over ipad 3 even iPad 4, Samsung’s stylus is the biggest pro for me as a graphics designer

Oh shit my comment is a mess, I went the wrong way

I am with you in this desicion you have made.

Hey Waqas get yourself a display pic. http://en.gravatar.com/ register here and uploaod one.

No regrets,Its an amazing tablet. The display looks great..so innovative compare to my previous ipad.