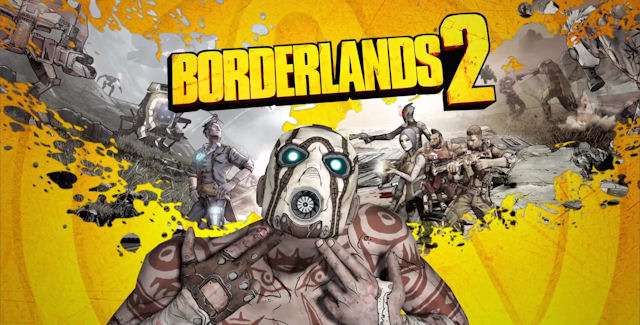 Upcoming rising FPS, and sequel to borderlands, borderlands 2 has also been called role-playing shooter for its immerse the player into one of the four characters we can play, each with set of unique skills to offer different gameplays and planning according to the liking of the player.

As the sequel it starts five years after the events of Borderlands. A man called Handsome Jack took the credit for the work of vault hunters and claimed the wealth of the vault giving him dominance in Pandora. So Handsome Jack starts an operation to demolish the colonist population and industrialize Pandora. Game starts with the player fighting a gladiatorial fight to win bundle of loot. The fight organized by Handsome Jack for his amusement but as we work our self to the way up in the popularity, Handsome Jack takes this as a threat. So we are left there denied of our prize to die then we are contacted by mysterious guardian angel which directs us to the path of killing this guy.

Characters are all new but show resemblance to older characters. Game has released this year but as the predecessor it is sure to dominate coming year. 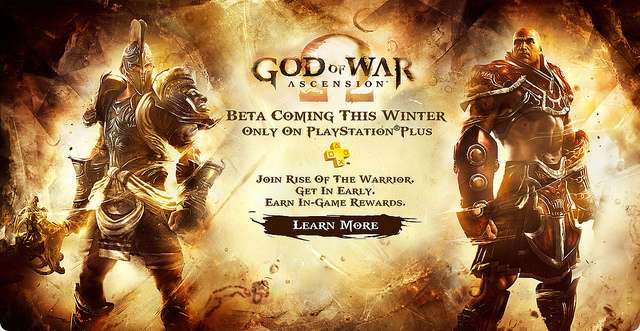 Just when we think we run out of story what do we do??? We make a prequel and this is exactly what happens this time in this title of God Of War series. The seventh title of God of War takes the players back before God Of War 1 with the same protagonist  Kratos. In this title Kratos is tricked, by the God of War Ares, into murdering his own wife and child and now he attempts to sever ties with Ares by killing three furies.

This will me the first title to introduce multiplayer and to be developed with 3D. Also this game offers new game-play mechanics and improved combat and weapon system. 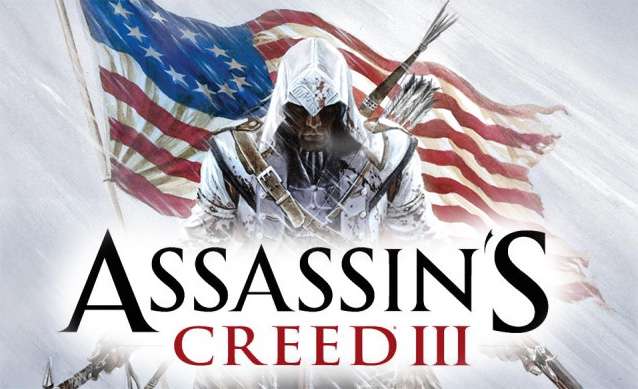 Ubisoft Montreal continues the epic series of Assassins Creed, the endless battle between Templars and Assassins by bringing forth Assassins Creed 3. It is the fifth installment but the third numbered title in assassins creed series.

The major part of the game takes place during the historical event of American Revolution from 1753-1783. In which we take on the role of a new assassin Connar Kenway, half-Native and half-English, who is the key person to ignite the conflict to create a new nation. This assassin is in the middle of fight against tyranny when his home is attacked by colonist. In the near future we also take control of Desmond in his desperate attempt to save humankind from apoclypse, one who’s prediction is given in previous assassins creed titles.

This game features a show of some historical figures like George Washington and Benjamin Franklin. New York, Boston and entire eastern seaboard is explored via Connor as captain of the ship. 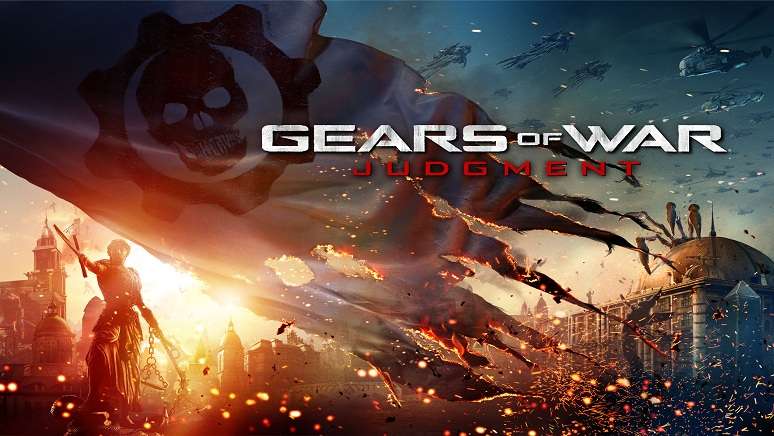 So far EPIC GAMES and PEOPLE CAN FLY have been immersing players into action packed sci-fi third person shooter title Gears Of War. But this time instead of bringing a sequel Epic games are bring forth an epic prequel.

This time developers are introducing Damon Braid and Augustus Cole as the protagonist setting the game story two days after the Emergence Day, the initiation of Locust attack, but this time, leading Kilo squad, we are accused of treason and every mission will form Braid’s testimony to the judge, against his failures, letting the player witness the events first hand.

This time in the multiplayer some new modes are featured like class-based Over run which will put locust and COG into head to head battle unlike seen by any one. 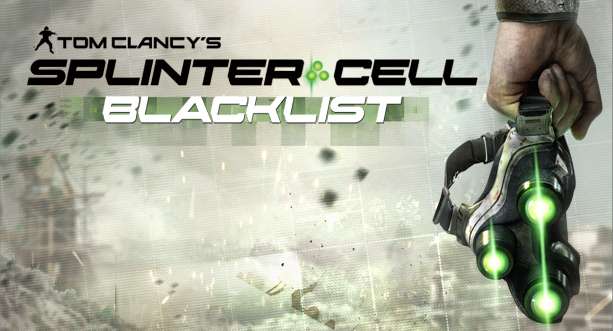 Next in the list is a game running on LEAD Engine, developed by Ubisoft, action packed Splinter Cell Blacklist.

Splinter Cell Blacklist is sequel to its last title Splinter Cell Conviction in which Third Echelon had gone rogue. So this time Third Echelon is grounded for good. But silently Sam Fisher our protogonist, is appointed commander of new organization Fourth Echelon. The very requirment of this organization is to stop a deadly countdown of escalating terrorists attack given by a rogue national terrorists fed up of the presence of United States army in most of the world. Sam Fisher in this time has one objective only and that is  to stop the BlackList, the terrorist ultimatum. If Sam Fisher succeeds, president denies the existence of deadlist man alive but if he fails millions of people die.

This time its Sam Fisher calling the shots with unlimited supply of weaponry and technology, Sam Fisher is a walking talking lethal weapon. This is set to be released in spring 2013. 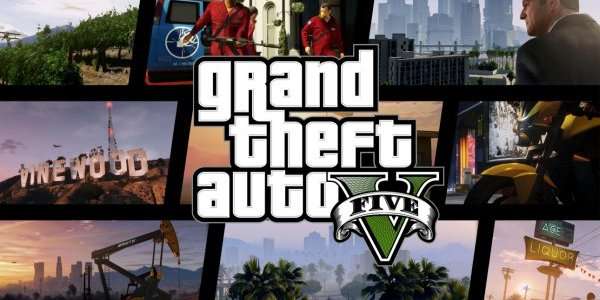 The most anticipated game of the time GTA V is the Fifteenth!!! instalment of the series. It is , as always open-world action-adventure game developed by Rock-star North.

This time again it is set in, Los Angeles and Southern California inspired fictional city, San Andreas and Los Santos. The game features mission based game-play having sport cars and jets as the part of the missions making the game a lot spirited. The main theme of the story is the pursuit of almighty dollar.

The release date of GTA V is still unknown but this is quite sure that this game will be top dog for good amount of time. 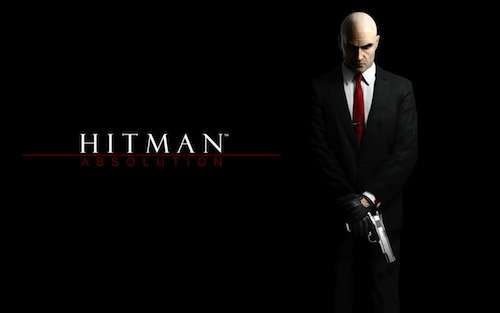 Coming up next in the hitman series is Hitman Absolution in which we take on the role of deadly man Agent 47. This game is being developed by IO interactive, available on PC as well as gaming consoles.

As ever it is stealth game with evolved AI, giving the player nearest appropriate response, making the game realistic. In the beginning agent 47 kills Diana, a task given by agency. But soon it turns out that we have been betrayed. Now agent 47 must take a journey through corrupted and twisted world to find out the truth, wanted as always. But the best thing about this game is that you can use environment to your advantage in more realistic way. The behavior of AI is based on the environment and this behavior are exactly same as the normal person would show.

This time instinct mode is featured which helps 47 to predict the route of incoming enemy. Also the game is made in U.S with at-least one portion set in Chicago. A new antagonist is introduced Blake Dexter. Although it is being released in November 20 it will stay on charts in 2013 for sure. 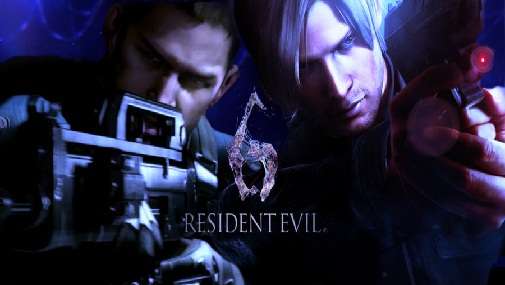 Resident evil 6 also known as bio-hazard 6 (in japan)  is upcoming dramatic and horror video game developed and published by Capcom.

Game starts to rise in 2013 with president declaring the events of Raccoon city and its survival Leon is with US president but they are attacked by the bio-terrorists and Leon has to kill zombie-president . Mean while, in eastern Europe mercenary Jake miller flees from the authority, during his flight he  partners up Sherry Berkin. At the same time BSAA captain Chris Redfield arrives in the fictional city of China under the threat of bio-terrorist attack with all the countries united up but non of them safe the only question is whether there is any hope?

It allows the player to select between three story lines all connected. And the fourth unlocks after finishing them. Partners are based on each scenarios  Plus a new enemy is introduced, unlike zombies these J’avo are capable of planning the attack and using weapon and also heal themselves. This game has been released this year. 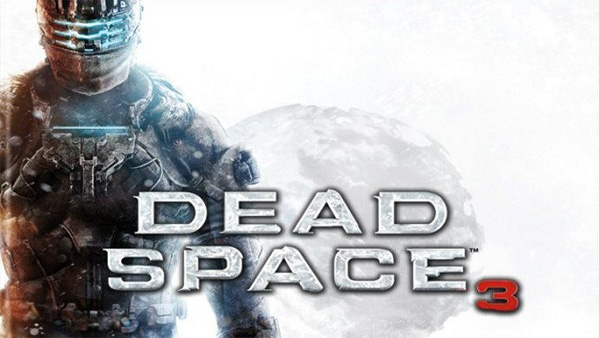 Sci-fi horror third person shooter game dead space 3 is third installment in the series developed by Visceral Game. Primarily set on a frozen planet where the source of the marker is said to be.

Issac meets Sgt. John Carver a survivor of the necromorph incident on some other planet. Sometime after the escape Issac discovers tau Volantis, a planet which contains the source of marker and the ruins of other planet crackers.  So the group decides to go and stop the source but upon approaching the planet their ship breaks down and they all get separated. Now Issac must pursue his original goal while finding the girl.

The game has new dodging techniques and drop-in/drop-out co-op. With evolved AI and hazardous envirement in our use dead space makes its way in the list. Its to be released in 2013.

The very first in our racing category is upcoming title of Need For Speed Most Wanted. Developed by Criterion Games and published by EA this games promises to immerse the player in most epic races of the time due to its amazing graphics.

Not only that like the earlier most wanted this one also features a blacklist but instead of 15 we have 10. We have to work all the way up to the top. This game allows the player to select a car and race against other drivers with the cops trying to stop and catch the racer. The player have to race but also not get caught but this time it would not be easy.

This time Most Wanted is featured in Fair-heaven City instead of Rock-port making the cops FCPD. Featuring a new brand and mix of car types is shown such as muscle cars, street racer and exotic giving the players a deep realistic and fun game-play.

See more of this post over the next Page

Categories: Games, Stuff
Back to Top

Remember Me Game for PlayStation 4

Remember Me Game for PlayStation 4 Capcom has neve...

With Techradar in attendance Sony announced...