The life of many bloggers is usually restricted to just one room with the usual interaction between him and his computer plus the outside world of blogging. Mostly bloggers spend hours day and night in their rooms putting down their heads to work. They put their untiring efforts in making their blog progressive which aspire lots of hearts. 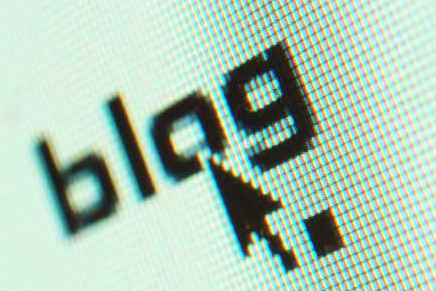 Blogging if one says is an addiction will not be wrong because the more you practice the more you get involved in it. You build an indirect relation with your users and slowly they become a kind of family of yours. It has been observed that at the same time bloggers may develop many weird habits which brings negative aspects in his personality and may be reflected in his work.

Blogging is a very a hectic and tiring job which requires a lot of brain storming. This stresses out a blogger if he is not getting the desired result. This leads to develops habits like nervous fidgeting and nail biting. Blogging cuts the blogger from the outside world and this makes him neglectful of his physical appearance. The result is that you find his dressing sense and hair do in an utter mess. Blogging is like a bottomless pit and makes a person irresponsible. A person does not realize how much time he is putting in this work. In the end he takes everything non serious except blogging. Long hours of blogging may make him go away from family life. He starts skipping family gathering and meetings and remains aloof from everyone on the account he has to work on his blog. This makes him a bit insensitive towards others. Blogging highly effects the sleeping habits of a blogger he spend nights awake working and sleeps the entire day thus skipping his regular prayers, studies and other chores of life. His academic grades are highly affected and he starts bunking his regular lectures at school and college. A blogger may become neglectful of his health, the moment he wakes up opens up his blog and starts working without freshening him up and ignoring basic health tips e.g. brushing of teeth. At the same time he may sits continuously for hours with no physical activity. The results are massive put on of body weight. The blogger eats day and night giving no room to food to digest properly resulting in farting and burning out people’s nose. Sometimes, a blogger is so prone to this habit that they don’t realize even when they are in public. But opposite happens with many, that they don’t eat properly hence becoming physically very weak. At times it happens that if you are not getting the required result you get stressed out and frustrated and to overcome it you indulge in some toxic habits like smoking or in worst state even drugs. Also your family and friends get targeted with your frustration making you rude and unrespectable towards them. You become abusive towards others creating discontent. You start fighting on the slightest excuse and you possess variable mood swings. He may develop social evils like cheating and lying to others. E.g. when you are not producing desired grades then you lie to your parents deceiving them with lame excuses.

To conclude, blogging as long as a passion or even a source of living is acceptable till it does not spoil your personality. Try not to take it on your nerves to an extent that you remain empty handed in the end. One should be serious about blogging but not at the cost of your family and friends. And if you are seeing developing any of such weird habits in you try taking a little break.

i can build habits like sitting on computer day and till late night and all of other habits are hurted. since i started Blogging But i can’t take a step towards Smoking and drugs
but also can’t guarentee others what they will do.
Peace…

Back ache for me is much of what I am dealing with these days.

Same here.
Sitting and getting fatter day by day is what I am getting.

Why is that :P