Raspberry Pi is a mini PC that you can buy for just $25 to $35. It comes with a great set of features, almost 512MB of RAM, and small size of just like a credit card in your pocket. Are you a gamer? If so then you might be a big fan of Minecraft games. Minecraft’s developers Mojang, are upto something great, they announced a Pi Edition of its Minecraft game.

It will be a Free game, with a lot of features, they call it, as revised featured set. Hoping for some world level recognition of this game by diving into the Pi market. 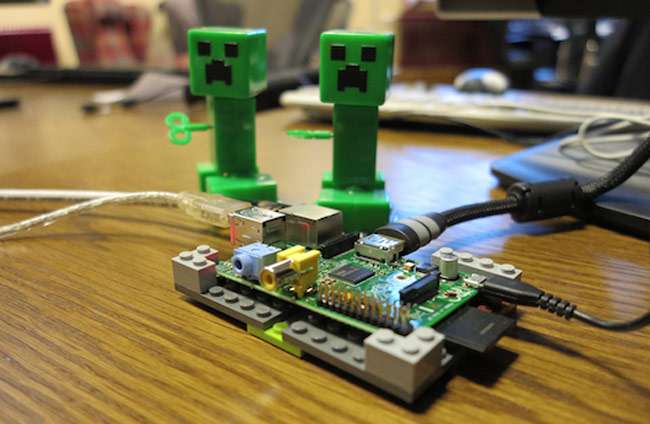 What will be the after effects?

“You could organize the cheapest LAN party of all time, or use the Pi to learn the fundamentals of programming on a minuscule budget. It’s like hacking your way into Minecraft and modifying the game world with code, a bit like being Notch, Jeb, or Nathan, but arguably more fun and less stressful.”

This is indeed a wonder to see.

wow its good. place every where as you want. nice and great information. A pc which is adjust in your pocket. nicely really called technology..