Web page speed has always posed a serious worry for website owners. Over the past few years, developers have come up with ways to improve the web page loading time and have managed to quite an extent. WordPress being the most popular CMS has proved its existence in this matter as well. The induction of third-party plugins since version 1.2 has made WordPress significantly fast. Owing to this fact, many plugin developers have created some amazing plugins for this very purpose.

Recently, I stumbled upon one such great plugin which is a creation of Web9 PLC. It is the Optimisation.io plugin which makes your website fast. Though it’s a paid product but believe me, it’s totally worth it.

Optimisation.io is a multi-purpose WordPress compression plugin which serves its users in the following areas i.e.

Your website loading speed has a direct impact on the search engine ranking. Even Google indexes faster sites in the top few results. Not only this, but site visitors also get irritated when they have to wait long for the website to load fully. So, web speed plays a significant role in defining what kind of relation your users are going to have. Numerous factors are involved which hamper the speed, and this intuitive plugin solves a real deal of all such problems.

Plugin installation and setup is very easy just like any ordinary WordPress plugin. In a few clicks, you can enjoy instant results. Once you’re done a new menu named as ‘Optimisation.io’ appears in the dashboard. This is the place from where you’re going to configure the plugin settings. 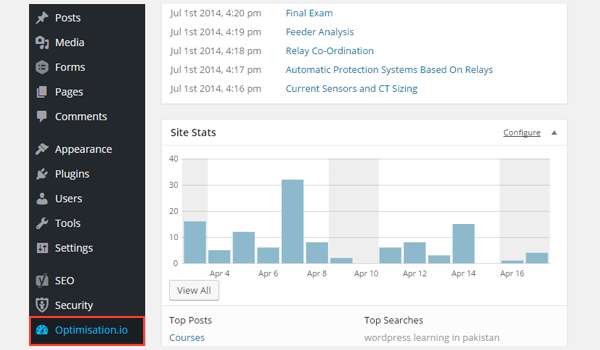 Click this newly added menu and you’re directed to set some of the Basic, Image, Database, CDN, Tools, Support and API settings. What I like about Optimisation.io is its ‘Lazyload’ feature which reduces the number of HTTP requests and displays images once a user scrolls instead of loading them all at once. You can also optimise your web files separately via minification and concatenation. Both these help to remove unnecessary spaces and comments present in the CSS and JavaScript files. 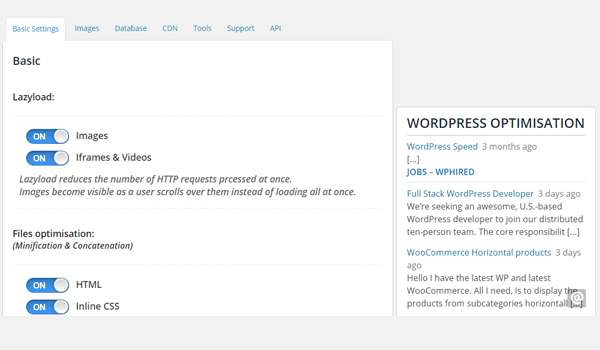 Image compression is an important aspect of this plugin, and a separate tab exists to handle the image settings. You can set smaller image dimensions which subsequently reduce page load time. Likewise, you can define time span for automatic Database and CDN optimisation which means you need not to keep an eye on them. Just configure the relevant settings once and your job is done. 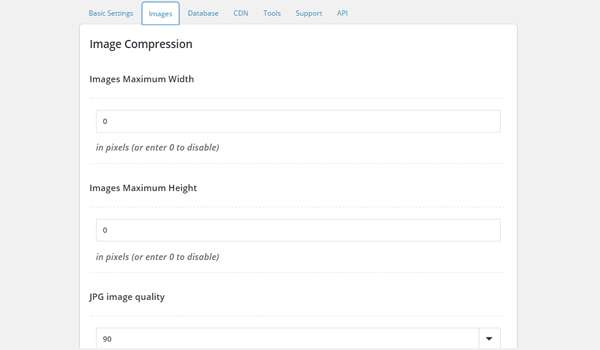 There are several other options which I’m sure you’ll find interesting once you’ll give Optimisation.io a spin. Now let’s take a look at the benefits which you can get with this plugin. 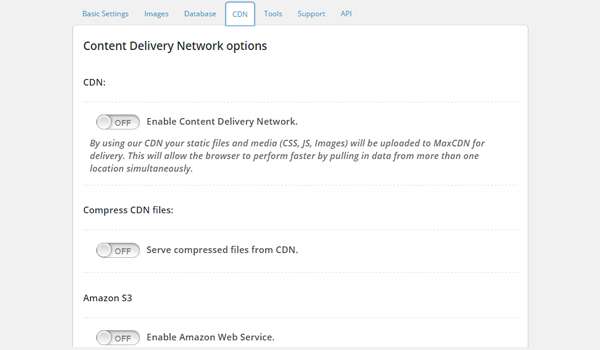 Broadly speaking you can get the following advantages using this plugin:

After installing the optimisation.io plugin, I experienced web page speed improve drastically. The page load time was significantly reduced to nearly 50%. And this was quite instant; the moment it is installed, you observe incredible cut down in web speed. Such results have improved the overall performance of my websites and have seen better traffic yields.

What makes this plugin bring instant results are the Pingdom tools & GT Metrix, which its developers have employed to measure real-time performance improvements. 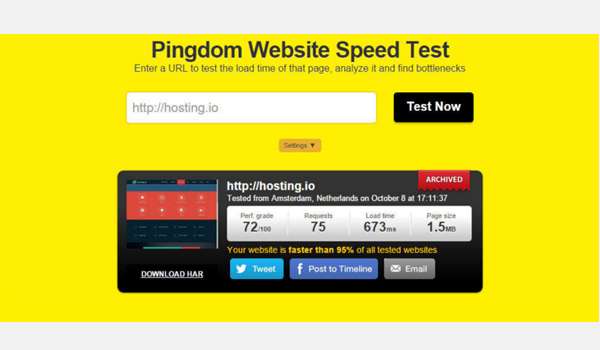 I have pointed out shortly, that images contribute a significant share in increasing web page speed. The recent trend is to add high definition and large dimensioned images which utilise a large portion of the bandwidth. With this plugin, you can deliver small sized images via configuring a few handy settings in the Image tab.

The developers have deployed some smart algorithms which cut down all such stuff which is not required by the browser. This way the images are reduced to approximately 70% of their original size. 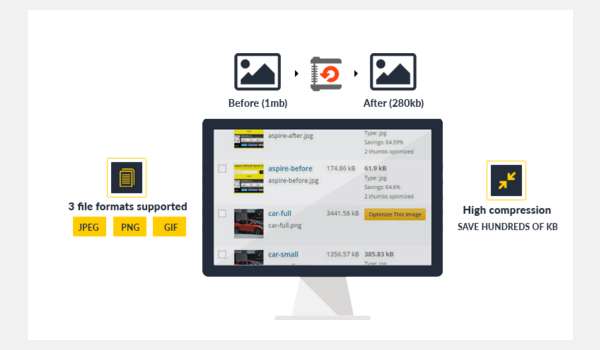 The benefits of a CDN network is not something new to us. We’ve seen people using it to attain the highest level of network performance. Optimisation.io plugin serves here as well. It nearly doubles the throughput by offloading your web content to CDN, which provides global access to the site. In short you can improve the web traffic in the same amount of time.

Despite optimisation.io is a paid plugin, it reduces costs which you pay for the bandwidth. Lowering web page speed means less usage of bandwidth which in turns saves your money. And not to mention the settings are so minimal there’s just enough you want.

So what are you waiting for? Revamp your WordPress sites’ performance and speed with the optimisation.io plugin. Try it out and share your experience with us. Post your comments or reach me out through Twitter