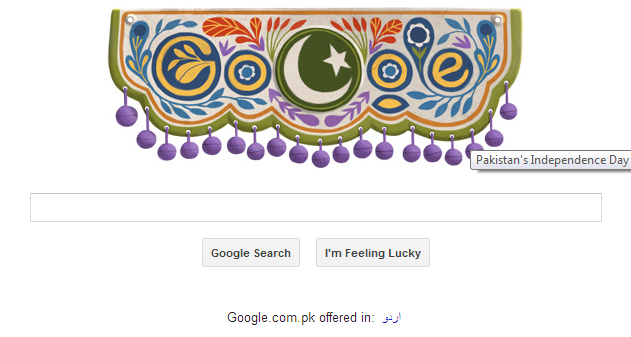 So how do the Google’s Doodle looks like this time? Here below you can see the both of the doodles. 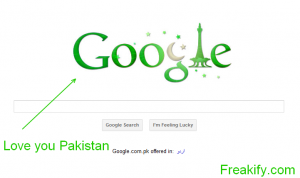 Already in love with the present Google Doodle for Pakistani users it has. Quite a cultural look.

I know you all want more than just a this, so go here and you will find a lot of Google Doodles. Particularly those which were made this year. Hey, don’t forget to comment eh!

9 replies on “Google Doodle for Pakistan”

Happy Independence to all and I congratulate you for this awesome post. I found this Doodle really interesting and attracting which is depicting Pakistani culture to its fullest. May God bless our homeland forever. (Amen)

Welcome. Tomorrow will be the Indians Google Doodle I hope so.

It feels good to know google honours our independence day :)

You are right my friend. Which one did you like the most?