Many of the internet users now a days are well aware of the fact that they can earn a living using it, but it’s not the same case with everyone. We often read at the blogs of those Successful Bloggers who are earning a way handsome amount of money and after having some basic concept of blogging what we think is this:-

But what I say? Stop…Right there, Just read this post to gather some more facts about where are you going to move and compete after entering in blogosphere. Most of the beginner bloggers make certain mistakes which later prove them to be more time consuming rather being beneficial, thus I thought to share some basic things about the attitudewhich you are going to adapt after starting to blog. Decide following things first:

What: Field you expertise majorly:

So, after having some motivation you want to start a blog but what that should be about? Probably, you haven’t made your mind yet but believe me it’s the time to start thinking about the things which you face after starting the blog. I am writing all this because most of the people don’t know about the perfect niche which they are about to deal while blogging, which arises following problems:

Thus whether you have a blog or else you are going to start, it’s must that you should have enough knowledge which may take you higher.

So, my only opinion would be:

Content is the king, Blog for what isn’t already available at internet or else is in raw form over internet. Don’t saturate things by repetition.

One big mistake new bloggers make is that they start to copy, content from the other blogs and start posting at their own blog and think that they are making some good progress but believe me, Again Content is the king and you are actually not loyal with the concept of blogging then how earning can be initiated? Surely never, Google gonna hate you for this attitude and AdSense is never going to embrace you and again you will never earn a good respect among bloggers. Finally your content won’t speak that it’s genuine.

Read the one above and again read this, only I may recommend that come up with your new ideas come up with you changed attitude towards blogging and come up with a passion that you want to make others learn what you know.

A lot of blogs are there on internet which only progress with concept that readers only love to have some cracked keys and leaked licenses for those expensive softwares. So, users don’t buy and use such softwares for free. This attitude can exploit these things:

So, all above facts get exploited just because you are sharing warez content without reasons and blogging about them.  Also surely this warez content is also copied from other sites.

My Opinion on this matter:

I know, affiliate earning and other type of earning can be done since warez forums and sites get popular but believe me you are a beginner and you can’t come up to this level by just copy pasting and sharing all this cracked stuff. And talking more sincerely, Earning Earned by Wrong way is surely bad also.

Are: Link backs and SEO Everything:

Certainly not, Link backs and SEO are never everything it’s the content worth  which speaks and tells the reader that it’s a blog where you can come and learn new things. Yes, you can customize your posts according to certain limits to meet SEO requirements like defining meta tags and highlighting the post in a write way and using breakup techniques but it’s not everything like I mean, you should do everything but up to a limit, suppose you content is a copied post and its nothing new to readers and surely Google also knows that it’s already posted one under another domain. Thus, only link backs and SEO never matter it’s only the content and your love to blogging.

Managing the blogging schedule and Following your aims:

Most of new bloggers start posting content but after some time they just lose focus on this because they never get some good response from public. May be most of the reasons can be the above described but if you followed every rule strictly then surely one day your blog will start to rank among those top ones also, all you need is to never lose hope and keep generating good stuff. Scheduleis the thing which matter, once you left your blog for a week and there it comes the most irritating part for your reader, it develops a common sense to them that this blog is never gonna be updated. So, it should be in your schedule to post at daily base, that’s why I recommended to select the category of your blog which suits you most. Don’t day dream and take all these facts seriously.

Don’t change Category of your blog:

I have noted that often new bloggers blog on certain category but sooner or later after not getting some good response they do change the overall category and start posting something new which totally opposes the domain name or title tag of blog. Listen, professionalism in every act and consistency is the key to success if you act like this then surely this fast world is going to leave you back. And also this makes you lose some traffic which you are getting by certain category upon which you blog. Try to post relevant stuff.

One big mistake which beginners make that they totally ignore the comments area and often don’t respond to visitors who ask questions in a good manner or else they don’t think that comments response is a good way to earn some love. So, always try to make visitor feel that you really care for him and respond him in a good way. Often blogs receive some opposing and abusive comments, dealing them contain a concept: If someone gives a negative view to a good thing surely it means it’s popular and worthy enough to be responded. Thus, deal those comments with care and ask the reasons of negative view, since such things happen with new blogs. Surely, you won’t get any specific reason by them :D Rest I’ll come up with more advanced techniques and ways to get some good reputation of your blog in blogosphere, stay tuned and subscribe to us. 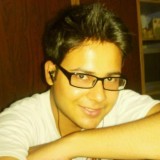 I was attracted by technology and new things from the very start day of my life when I came to know, I am on planet earth ;) ! I love to create Web Applications, Do some development stuff related to CMS, Image Designing and Android; and more I played with is security, Yes! I like to teach those who don't know how internet can be harmful for them without proper attention. All apart, personally I like to have simple sincere friends and would love to play part in making earth a peaceful place :)

10 replies on “Attitude of A beginner Blogger: The Right Way”

Wamiqali you have a great article here.
When i started blogging I was almost hidden in the base of ocean, But as time passed by RnD ( Research and development) Helped me a lot and now I can say – I know alt least that much which I necessary in this field of mine interest.
And keeping a good attitude with other bloggers in your field is more important that any thing else.

Thanks for sharing this article for newbies coming in the field.

I was a big copy cat and I had a Warez site. Hopefully I leaved it and now on the right way. !

My tip:
Every newbie blogger should not get ego.(also my personal experience.) because if he will get ego, He won’t be able to get help from others in this field, when this field needs full help of others, else you can’t learn new things.

That is the reality that millions of new blogs creating every year in the hope of being a successful, but only less than 10% of those blogs completes the first year of their life.

I must say that was the must read post.
thanks,

Here you come up with a genuine point and tongue of experience, I recommend you sharing it among your new fellow bloggers.

Well, Best of luck for your future :) and your attitude is real right ;)

I’ll come up with more advanced techniques for those who are not that much new to blogging. Since, sharing is the key to success as no one is perfect not even me.

Great post indeed!!! All the points that you covered in your article are really sound and promising.

Every new blogger should explore means to improve his blogging skills. For example, he can learn how to take more visually appealing photos and create videos to include in his blog posts. This will help him provide rich and quality content to his blog, something that can make him love and appreciate blogging even more.