After the emergence of modern technologies in the field of information technologies (IT), mobile phone technology has attained a new form. Pakistan’s smartphone revolution in the shadow of Mobilink and HTC !. This new technology is called “Smart Phone“.There are 105 million SIMs in operation in Pakistan right now and phone density is 63% (according to PTA, other estimates from different institutes provide a lower figure), but smartphone usage is limited.Mobilink with the help of HTC is trying to introduce a revolution in the field of Telecom in Pakistan

A subsidiary of the Orascom Telecom Holding, is Pakistan’s leading cellular and Blackberry service provider. With more than 31.6 million subscribers, Mobilink maintains market leadership through cutting-edge, integrated technology, the strongest brands and the largest portfolio of value added services in the industry, a broadband carrier division providing next generation internet technology as well as the country’s largest voice and data network with over 8,000 cell sites. 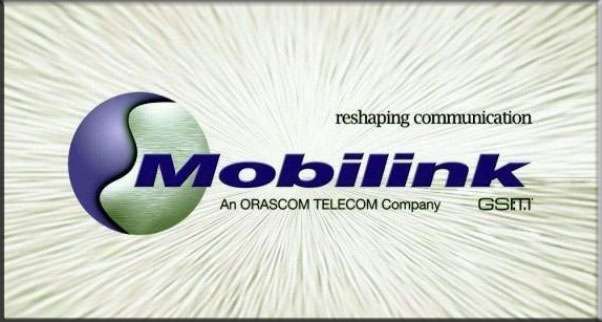 Joining hands with HTC smartphone manufacturer has made Mobilink to stand different from all other Pak-Telecom Companies.HTC or formally named as High Tech Computer Corporation is a leading smartphone manufacturing company which specialized in Windows Cell phones and in some past years it started implementation of Android Framework.With due efforts , in 2010 HTC was listed as the 31st most innovative company. Smartphone is what it specializes in :).HTC has rolled out a lot of award winning phones in the market like 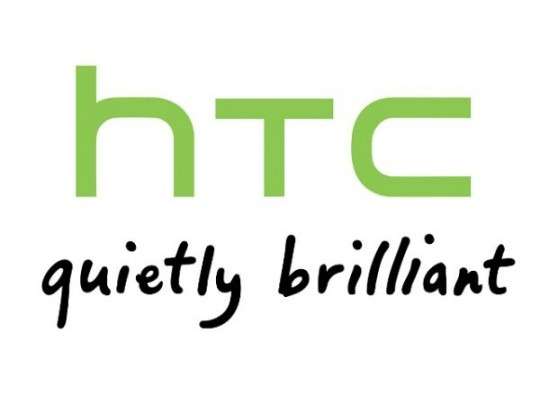 In Pakistan there were some third party retailers who were offering Android products , this was causing a big hindrance in the way of latest Android gadgets . Mobilink took the first step , launched the first Dual core, HTC Sensation in Pakistan in the same month it was launched worldwide. 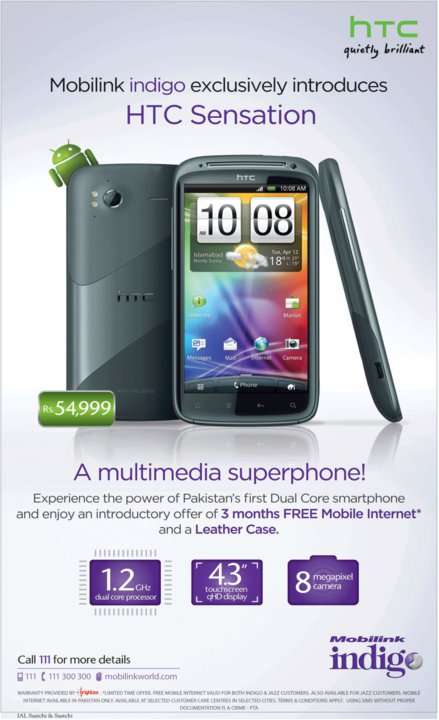 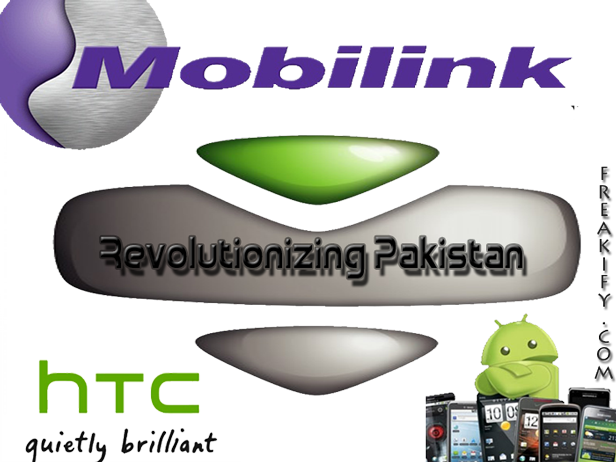 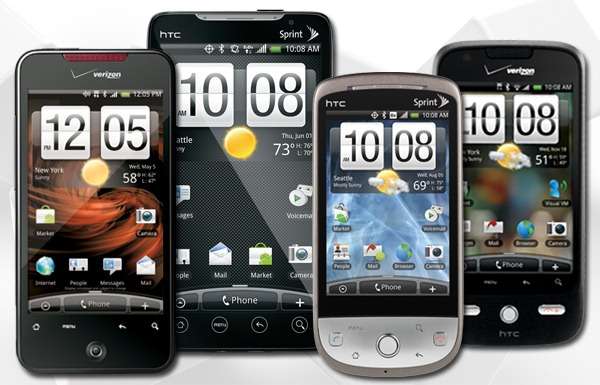 To put all the discussion in a nut shell , Mobilink with HTC can introduce a revolution of technology in Pakistan ,which would

Let’s just pray may Mobilink succeeds in its goal towards the up-lift of Telecommunication in Pakistan !

66 replies on “Pakistan’s smartphone revolution in the shadow of Mobilink and HTC.”

But Mobilink isnt only linking with HTC, they are launching sets in collaboration with Dell and Blackberry too

Thankx for your apreciation

Yep, mobilink is inn Blackberry too Here is the Dedicated page to their products and services in relation to it http://www.mobilinkworld.com/index.php?option=com_content&task=view&id=4&Itemid=6
Secondly , by restricting myself  to the title I would like to mention it that HTC is something really big these days covering Androids and Windows phones! Most of the professional nad even teenagers stream is really crazy about these new smart gadgets.If my recollection of lost is not misleading me then the first smart phone i heard about was from HTC too , they are kinda crazy about these !

Agreed !!!I  actually half envy the mobilink users who get such amazing deals these days

HTC is really doing , I would love if Mobilink will launch some lower budget cell phones too !

v well done……well managed and i too hope Mobilink will get their goals inshaALLAH…….. it can be helpful to many tech professionals, Developers….

Thankx a lot for your appreciation ! we are also looking forward to Mobilink.

If you care , do show your love for this article , by sharing it on your wall with your friends and tweeting about it !

We appreciate your concern miss

Miss Ayesha , never mention !
Will you take care to share this article with your frends showing them what Mobilink is upto !

Can you tell me where can i find mobilnk htc hd7 details?

I love questions !
Why not brother just click here !
http://www.mobilinkworld.com/index.php?option=com_content&task=view&id=286&Itemid=717

Thankx a lot for your time Ali bhai

Well, how do you think Android developers will be effected by this ?
Nice doin’ Mobilink !

It will be more than one you are imagining !

Yes, why not bro look ! you will be having a stream of HTC handsets and it will come with a row of Idea based apps and a row custom apps (Dependent upon the client’s mind and thoughts) Mobilink is in-fact trying to increase the client-age of Android keepers indirectly !

So nice of you

trends are fastly shifting towards softwre and app development in Pakistan….. glad to read this …… no we’ll be able to be at par with caucasians in fields we lagged far behind….. :p

It really is ! let’s see what more Mobilink has got , for us indeed !

You are always there ! man !

Hope you have got the stuff !
Thankx for your appreciation ! but i guess appreciation goes for Mobilink this time !

Yup, that is we are appreciating this effort of Mobilink !
It will support us and we will support ! nice and even !

Ahmad thankx , just +1 the post to Google Plus and show the love ! Spread the knowledge

Thanx for noticing ! you will be enjoying certain other highlighted articles soon !

Infact I am a big fan of it, keeping a phone from the same title !

Its good you liked it mubashir !

We appreciate your interest

We all are waiting for it!
Rumors are cirulating as i mentioned above in the respective article ! let’s see what happens !

Something that Pakistan really need is #g services . Even Bangladesh own one ! why can’t we? Just do it mobilink !

Thankx for liking the respective article

awww so sweet of you !

I guess you mean 3G services . Yes you are right !

just wait for the discussed revolution

You are in point of fact a excellent webmaster. The website loading velocity is amazing. It seems that you’re doing any unique trick. Moreover, The contents are masterwork. you have done a wonderful job in this topic!

Thanks for your appreciation Ernie.
I basically am a freelacer, who works for optimizing sites.
So, my own blog is a live example for my clients :)
By the Way join this Give away => Link here